Symptoms of APD in Preschool and Kindergarten 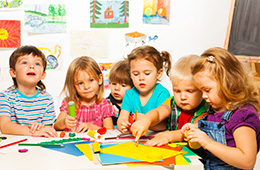 If auditory deficits aren’t identified and managed early, they can lead to speech and language delays and academic problems. Some of the more common symptoms seen in 3-5 year old children include sound sensitivities and difficulties discriminating between speech sounds, which is often reflected in their speech.  In this age group, many of these characteristics are often misinterpreted as behavior problems, adjustment difficulties, and immaturity.  Preschool children exhibiting several of the following symptoms should be monitored closely. For the child who does not auditorially process speech sounds with accuracy, pre-reading skills are extremely difficult to master, and the child can fall behind in academic progress. If symptoms persist as the child reaches school age, an APD evaluation should be performed.