APD, Dyslexia, or Both? 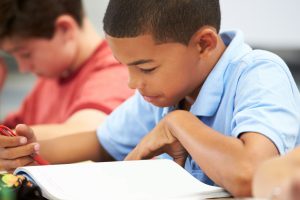 According to the National Institutes of Health, in children referred for learning difficulties, around 43% have Auditory Processing Disorder (APD).  In addition, 25% of all children tested for learning disabilities were found to have coexisting APD and dyslexia. Dyslexia and Auditory Processing Disorder share many of the same symptoms, but they are different disorders.

What is the difference in Auditory Processing Disorder and Dyslexia?

Dyslexia is a language-based learning disability often associated with slow or inaccurate reading, poor spelling, poor writing, or mixing up similar words. Individuals with developmental dyslexia have an abnormality in the word analysis pathways that interfere with their ability to convert written words into spoken words. Research suggests that developmental dyslexia may be too complex to be explained by just one causal factor. Theories have suggested different cognitive subtypes, and there can be multiple causal factors within each dyslexic individual. There is considerable research evidence that the core deficit in many children with developmental dyslexia is a phonological processing deficit. This contributes to difficulty understanding the way words are made up of sounds (phonemes) and how these sounds are mapped onto their written counterparts (graphemes). Phonological processing problems in individuals with dyslexia are related to 1) a weakness in phonological awareness (understanding sounds and oral language patterns within words), 2) phonological memory (holding on to speech-based information in short-term memory), and/or 3) rapid automatized naming (quickly identifying and naming a series of common stimuli such as letters, numbers, colors, or objects).  This often shows up in the subtests of the reading and writing assessments.

Auditory Processing Disorder is an abnormality in the processing of sound in the central auditory nervous system.  This causes a breakdown in the brain’s ability to accurately and efficiently process sounds and language. This can make it hard to distinguish small sound differences within words, remember what was heard, and keep up with ongoing speech, especially when there is background noise or when more than one person is talking. Children with APD also tend to say “what?’ or “huh” frequently even when they seem to be paying attention.  Asking for repetition of what was heard does not have anything to do with reading or spelling but it is a big red flag that the child is having difficulty processing spoken language.

Since there are different types of APD, the prevalence found in children with dyslexia will vary depending on the specific tests used and the auditory processing skills measured. Areas of auditory processing that are most likely to show performance deficits in individuals with dyslexia include temporal/timing sequencing of information (as assessed by pitch pattern tests and tests using quick changes in sounds), auditory figure ground problems (as assessed by different speech in noise tests) and interaural asymmetry in competition (as assessed by dichotic listening tests). Other deficits may appear in some dyslexic children, but in the majority of dyslexic children, these are the primary areas where weaknesses will be found.

Overlooking an auditory processing disorder can lead to years of extra reading instruction working around an underlying problem. While many symptoms of dyslexia overlap with auditory processing disorders, children with APD have difficulty with spelling and learning to read due to their inability to hear speech sounds clearly.  Phonological awareness skills (recognizing the sound units that make up words) are often poor in children with Auditory Processing Disorder stemming from the breakdown of sound processing in the central auditory nervous system. Research in brain imaging studies and auditory evoked potentials (brain wave responses to sound) has documented that impairments in the neural encoding of acoustic elements crucial for differentiating consonants (such as subtle pitch and timing differences in speech sounds) contributes to the poor consonant differentiation and phonological skills seen in children with reading impairments.  Since Auditory Processing Disorder affects the ability to distinguish similar-sounding sounds, this in turn, affects a child’s ability to learn how letters represent those sounds. For example, when the teacher says “bat”, sometimes they hear “bat” but sometimes they may they hear “dat,” “bap,” “gat,” “vat,” “back,” or “pat.” So when asked to spell “bat” they may write “dat.” Since children with APD often confuse what letters sound like, they can have trouble associating a specific sound with a specific letter (i.e. b = “buh” not “duh”) because they hear that letter pronounced differently every time.  Phonological awareness activities such as manipulating sounds in words will also be difficult. For example, when asked to say “me” and then say the word again changing the “mmm” sound to “nnn” they may have trouble because they do not consistently hear the difference in these sounds. 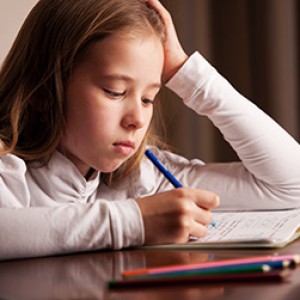 It is important to consider how much success in school relies upon receiving an intact auditory message.  If the earlier parts of the auditory pathways are not sending along the correct signals, the higher-level language functions can be compromised. Therefore, undiagnosed APD can lead to academic problems and limit progress in other therapies targeted at remediating language and/or reading disorders.

The comparison chart below can be useful when comparing symptoms of APD and dyslexia.  If a child with dyslexia also has symptoms in the column associated with auditory processing disorder, APD testing is strongly recommended. Working around an underlying auditory processing problem can make it difficult to make good progress with dyslexia therapy.

Research shows that personal remote microphone systems such as a Roger Focus system are beneficial for both children with APD and children with dyslexia.  These systems send the teacher’s voice directly to tiny earpieces worn by the child.  This results in improved clarity and an immediate ease in listening.  Research in children with dyslexia showed that over time remote microphone systems lead to a permanent improvement in hearing abilities and improved phonemic awareness.  Since a lot of children with dyslexia have problems distinguishing similar sounding sounds, the improved clarity from bringing the talker’s voice directly to the child’s ears helps the child hear each sound distinctly. This helps the brain learn to map sounds correctly onto phonograms, which can facilitate a child’s progress in dyslexia therapy. Visit our remote microphone system page for more information.

Auditory Processing Disorder, Dyslexia, or Both?