Did you know that a problem accurately processing sound is often mistaken for an attention problem? 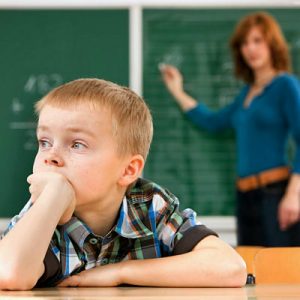 Auditory Processing Disorder (APD) and Attention Deficit Hyperactivity Disorder (ADHD) are two distinct clinical conditions with different diagnostic criteria. However, both of these disorders share common characteristics such as distractibility and inattentiveness. It is crucial that the correct diagnosis is made so that the individual can receive appropriate intervention.

Auditory Processing Disorder (APD) is caused by an abnormality in the central auditory nervous system that affects a child’s ability to understand and remember information presented verbally. Children with an auditory processing disorder (APD) will pass a basic hearing test but still have difficulty processing sound. Children with APD often stop paying attention because they are having trouble understanding or they are distracted by background noise. APD can make a child very distractible by noises that most people can easily ignore (such as classmates coughing, moving in their seats, or tapping their pencils).  This can make it hard to focus on the teacher, and it can easily be mistaken for an attention problem. Children with APD also experience listening fatigue from continuous efforts to process speech and keep up with a class discussion. This can be overwhelming and cause the child to “zone out” and shut down.

Attention Deficit Hyperactivity Disorder (ADHD) is a medical condition that results in differences in brain activity that affects the individual’s ability to pay attention and control impulsive behaviors. The individual may act without thinking about what the result will be, have trouble sitting still, daydream a lot, or be overly active. Individuals with ADHD may be poor listeners and have trouble remembering spoken information, but it is the attention deficit that is impeding their ability to use the auditory information coming in, not inaccurate processing of sound in the brain.

It is not uncommon for children to have been misdiagnosed with ADHD when they actually have APD.

ADHD can occur with or without hyperactivity. The older classification of either attention deficit hyperactivity disorder (ADHD) or attention deficit disorder (ADD) is now referred to as ADHD classified in one of three presentations: Predominantly Inattentive Presentation, Predominantly Hyperactive-Impulsive Presentation, or Combined Presentation. Individuals who have primarily inattentive symptoms are at risk of being misdiagnosed with ADHD when they actually have APD. Because many symptoms of Auditory Processing Disorder overlap with ADHD, and most pediatricians are more familiar with ADHD, it is easy for APD to be overlooked. Many people feel that ADHD is too quickly diagnosed for children who are difficult to handle in the classroom and that children often end up on unnecessary medication.  It is important to identify APD because ADHD medication will not improve auditory processing. For example, selectively attending to a target voice may be difficult for a child because of an inability to perceptually separate different stimuli into different streams.  In this case, it is an auditory processing disorder causing the child to be unable to allocate attention exclusively to the target while ignoring competing stimuli.

ADHD may also coexist with an auditory processing disorder.  Studies suggest that 50% of children diagnosed with ADHD may also have APD. While ADHD is typically diagnosed by physicians or psychologists from diagnostic symptoms checklists, standardized behavioral rating scales, and observations from parents and teachers, APD is only diagnosed by audiologists through a battery of tests assessing the central auditory nervous system.

How can one distinguish between APD and ADHD?

Although there is some overlap in symptoms, individuals with Auditory Processing Disorder present primarily with complaints of poor listening skills and frequent requests for clarification, while individuals with ADHD present primarily with complaints of inattentiveness and/or hyperactivity. Children with ADHD also tend to exhibit inattention, distractibility, and hyperactivity in any environment, whereas children with Auditory Processing Disorder usually do not have difficulty focusing and paying attention in quiet environments.  There are also signs to look for in the child’s performance on the test battery. Children with ADHD usually exhibit no clear pattern on auditory processing tests and inconsistencies in APD test performance, such as ear advantage (ear strength) changes on different dichotic tests (that require the ears to compete against each other).  In addition, some assessments are able to control for the effects of attention by calculating difference measures across test conditions.

At Auditory Processing Center, our test battery is administered in short segments and the child is given frequent play breaks (in our playroom) while assessments are being scored.  This minimizes the effects of a short attention span on a child’s performance. If attention skills are in question, Auditory Processing Center offers Auditory Vigilance Testing to help identify children with auditory attention disorders. This is an assessment of sustained auditory attention.  When used along with an auditory processing test battery, it can help distinguish ADHD from APD.

This comparison of symptoms is helpful to distinguish characteristics that mainly apply to one group.  If a child has several symptoms in both columns, it is likely that the child is at risk for having both conditions.

Primary concerns reported by parents and teachers also differ in children with APD vs. ADHD.  The chart below ranks the top concerns reported for each group. In individuals with APD, primary complaints involve poor listening skills in background noise, difficulty following oral instructions and poor listening skills. Whereas, for individuals with ADHD, the biggest concerns or complaints by parents and teachers are of inattentive and/or hyperactivity.

Remote microphone / FM systems are hearing assistive technology that can be very helpful for both children with ADHD and/or Auditory Processing Disorder by reducing the amount of competing background noise.  The most advanced ear-level remote microphone systems send the teacher’s voice directly to tiny earpieces worn by the child. No matter where the teacher is in the classroom, the child hears the teacher clearly as if she was talking directly into the child’s ears. Remote microphone / FM systems provide immediate ease in listening and focusing ability and can be an alternative to ADHD medication or helpful supplement for children who still need a little extra help focusing in school.